A lot of thought and planning typically goes into buying a car, whether for the first time or not. Hence, once bought, cars take a special place in people’s hearts not only because it is one of the most expensive assets but also because it is a much faster and flexible medium of transport. With the growing expansion of the urban areas, the number of cars is increasing, and with that, what is also increasing is the car theft. In US alone there are 263 million cars and 707,758 cars were stolen in 2015 alone, and this is considering that car theft has statistically decreased with fewer than 1 million cars being stolen in 2009. While there is no denying that car theft has become more sophisticated in the recent times, our careless attitude in keeping our cars protected is also responsible for cars getting stolen in many cases.

It is important that before buying a car, car owners be savvy about the various anti-theft devices that are at times inbuilt, in addition to the looks of the car. Knowing the type of anti-theft devices can actually go a long way in lowering the risk of a car getting stolen. While there is also an increase in sophisticated security systems in the market, the last few years has also seen tech-savvy car thieves targeting the cars with keyless technology. Here are top five important security devices that should be chosen for a car: 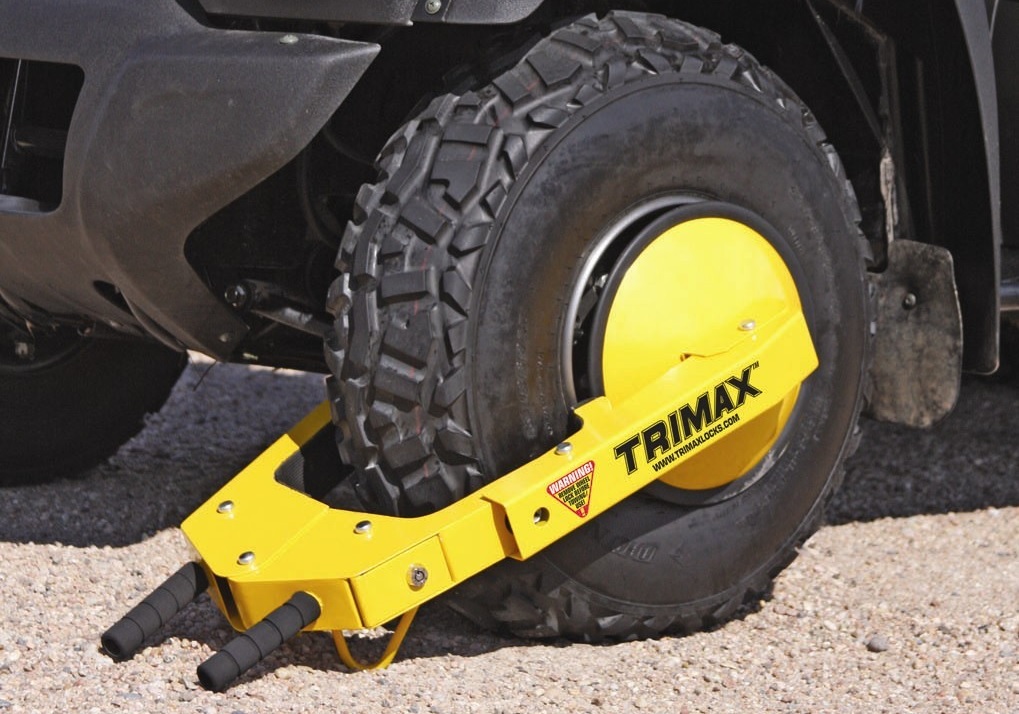 One of the most secure devices for the car are wheel locks. They are installed over the wheels of the car and can be removed with a special key that comes with the set. The size of the wheel locks varies depending on the size of the wheels of the vehicle, but they are effective in preventing carjacking when the vehicle is to be parked for a long time. Additionally, they are less expensive and are virtually impossible to remove since there is only enough space to fit the key of the lock, so prying with any other tool does not help. 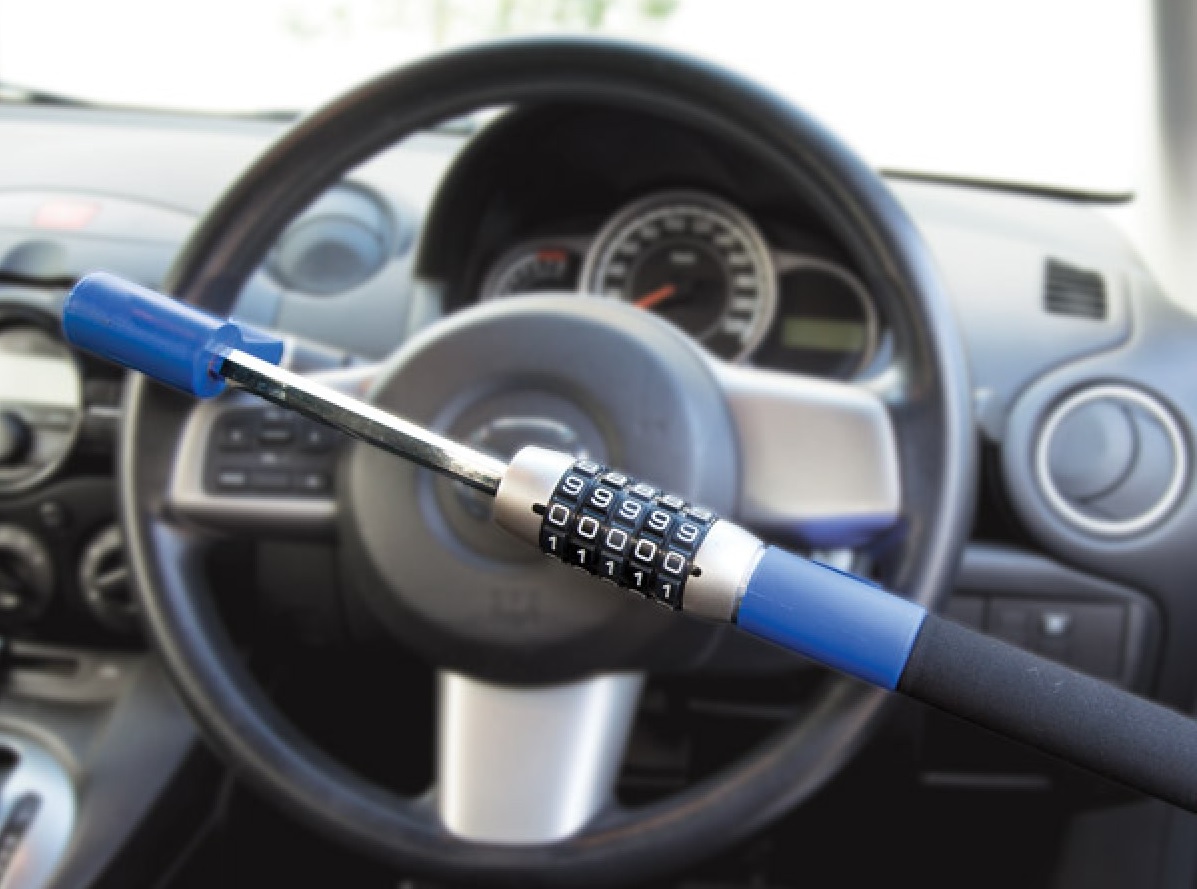 It is crucial to keep in mind that just fitting a vehicle with wheel locks might not be enough to dissuade probable carjackers from attempting to steal. This is where steering wheel locks become important. When this lock is attached to the steering wheel of the car and locked in place, it prevents the car from being driven away by someone unwanted. Both the types of steering wheel locks, one extending horizontally across the wheel and the other which is attached to the top of the wheel and extending over to car’s front dash, helps in preventing the wheel from turning and is an excellent way of deterring potential thieves. 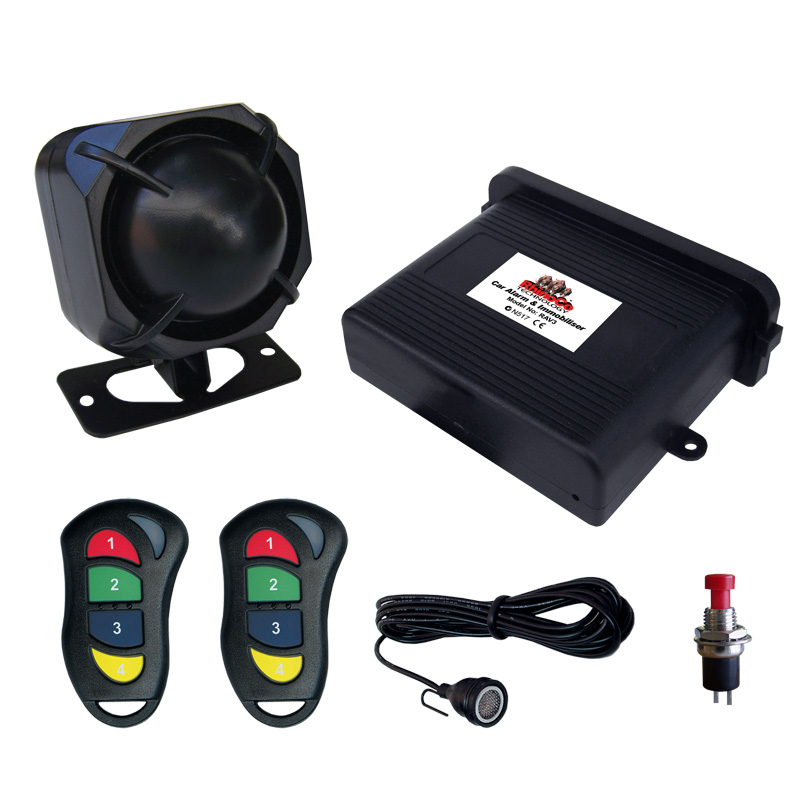 This is an electronic security device built into the engine that prevents the engine from igniting unless used with the correct key. While most modern cars nowadays come with this security system inbuilt, it would be foolish to keep the key inside the car even if the car is parked in order to quickly get a two-minute job done. 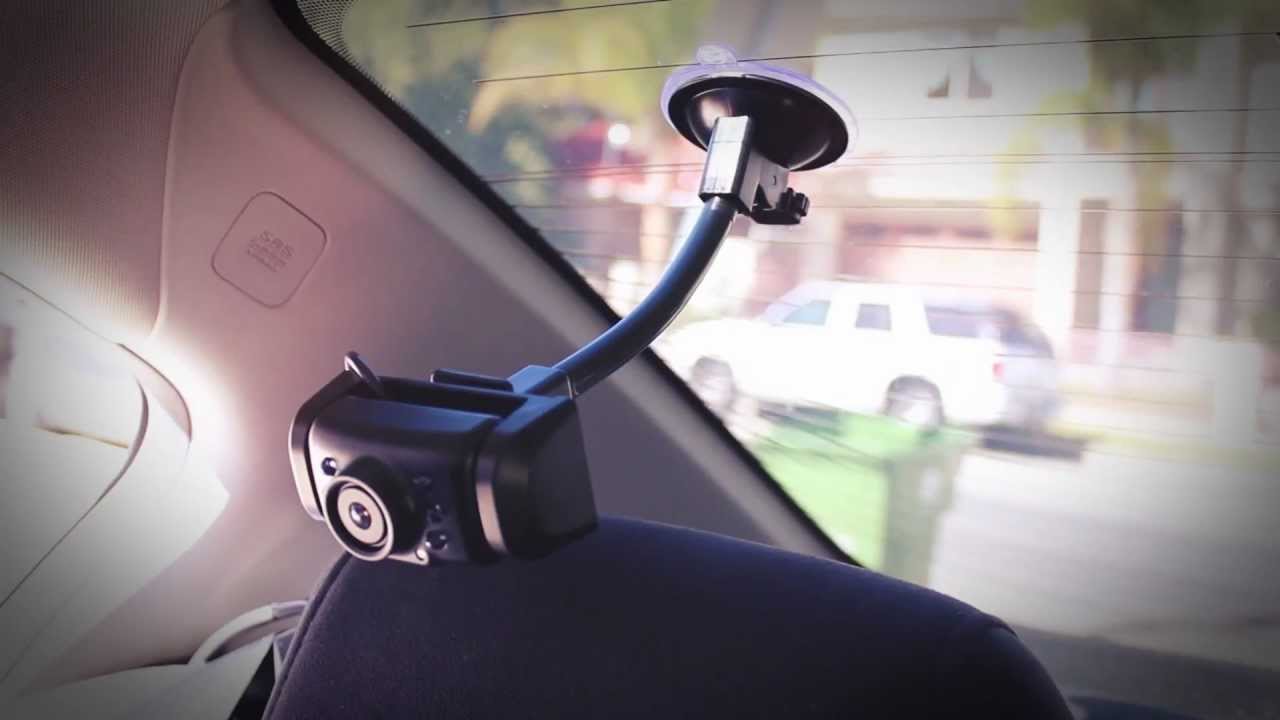 These can give temporary relief to new parents in order to check whether everything is fine with their babies, but this device is also pretty handy to be kept inside a car. Wireless monitors with functions like night vision and audio help in getting a live feedback on the activities happening in and around your car. Most potential carjackers would be hesitant to steal a car if they find a video camera filming them from inside the car, and in spite of this, if they do steal, you will have them on the video footage which will be helpful in retrieving the car. Additionally, if the audio is turned on, there will also be the chance to hear if a window is smashed in. 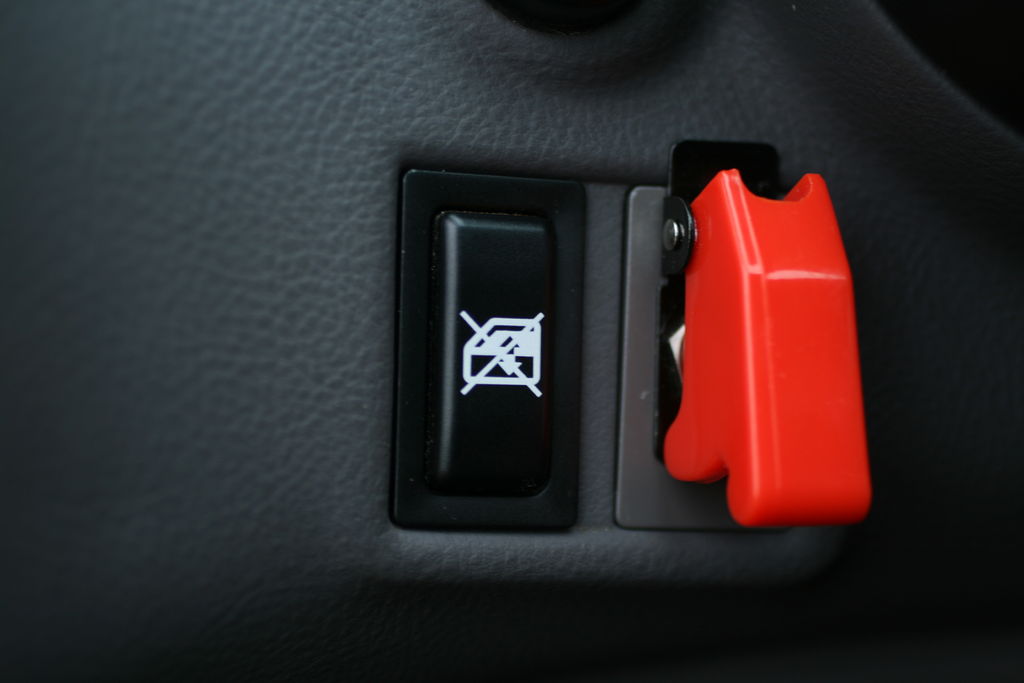 This is an advanced car theft device, which helps to interrupt the electricity flowing to the fuel pump or any other critical system, thus making it almost impossible to get the car on road. It is also recommended to install multiple kill switches which can be designed in an order in which they are supposed to be flipped. However, it must be kept in mind that kill switches are quite complicated to install, and should be done only if the car owner or his partner has complete knowledge of wiring systems of the car.

It should be understood that even the high-end security systems that have been discussed above, none of these systems are absolutely foolproof, and if indeed a car is stolen in spite of the installation of some of these devices, immediate help from the police needs to be taken. However, there is no denying that these devices help reduce the possibility of carjacking to a great extent.

For people who play golf, people living in retirement communities, and people who work on sites like landscaping and construction project etc. buying a golf cart is a smart one. With Golf carts, users can drive to places where cars and bigger vehicles can't go. Users can save up to 50% off the price of a new golf cart if they go for a used one. It is important to know the features of a golf cart and how to value a used one. Overview of a used golf cart: Not minding what the golf cart is intended for, be it for golfing or for transportation purpose, buying a used golf cart can save you 50% of getting a new one. Today everybody makes use of a golf cart be it an electric carts or gas cart even though the main purpose was for elderly golf players or ones with disabilities. Mostly, gas carts are used for transportation and electric carts for the golf course . Features of a used golf cart: 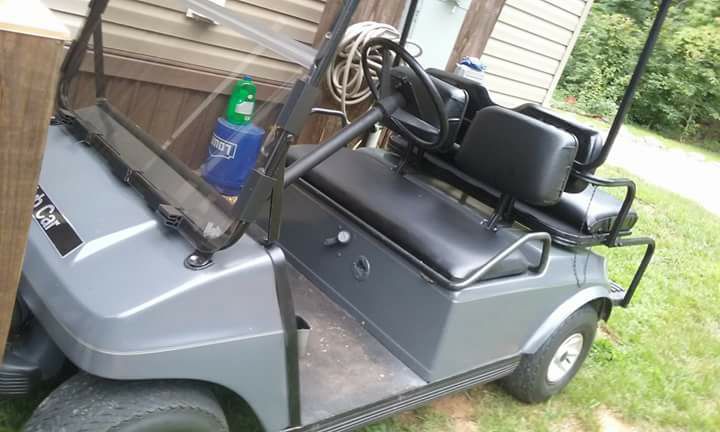 Golf carts have many features that buyers should consider before making a purchase. It is advisable to store your carts indoor. Carts last longer when stored indoor more than when exposed to the weather on a 24hour basis. Type of golf carts: Golf carts are divided into two types: the Gas cart and the Electric cart. When purchasing a golf cart, be sure to know your main purpose of buying. Consumers go for the electric cart but those who need the carts for transportation purposes prefer the gas cart Evaluating the Golf Cart: When buying a used golf cart, buyers should inspect every component of the golf cart, such as the tires etc. It is advisable for buyers to know the condition of the carts they are buying. Note that the main purpose of you going for a used golf cart is the price so when buying, make sure to get a fair deal. The budget for a used cart: Before buying a golf cart, buyers should be sure of how much they are willing to spend. The cost of used carts starts at $2,000. Buyers with smaller budgets should go for carts that will last longer instead of those with pretty looks. Consumers with a little higher budget can go for new model carts with more features. Running a test drive: Before paying for a used golf cart, be sure to run a test drive on the cart. This is the best way to determine the performance and quality of the cart. It is advisable to test drive the cart for at least 15-minutes. When driving the cart the buyer should take note of how comfortable the cart and its seat are. The cart should be able to accommodate the driver and passenger without discomfort. The responsiveness of the cart should also be examined. Make sure to test the brakes. If they are reliable, test to see how fast they respond when you make a fast and hard stop. Take note of the golf cart batteries and the fuel level. Driving for 15-minutes should only make a little impact on the amount of battery and fuel left. This process of test driving a cart helps the buyers get to know how the cart performs before making payments. 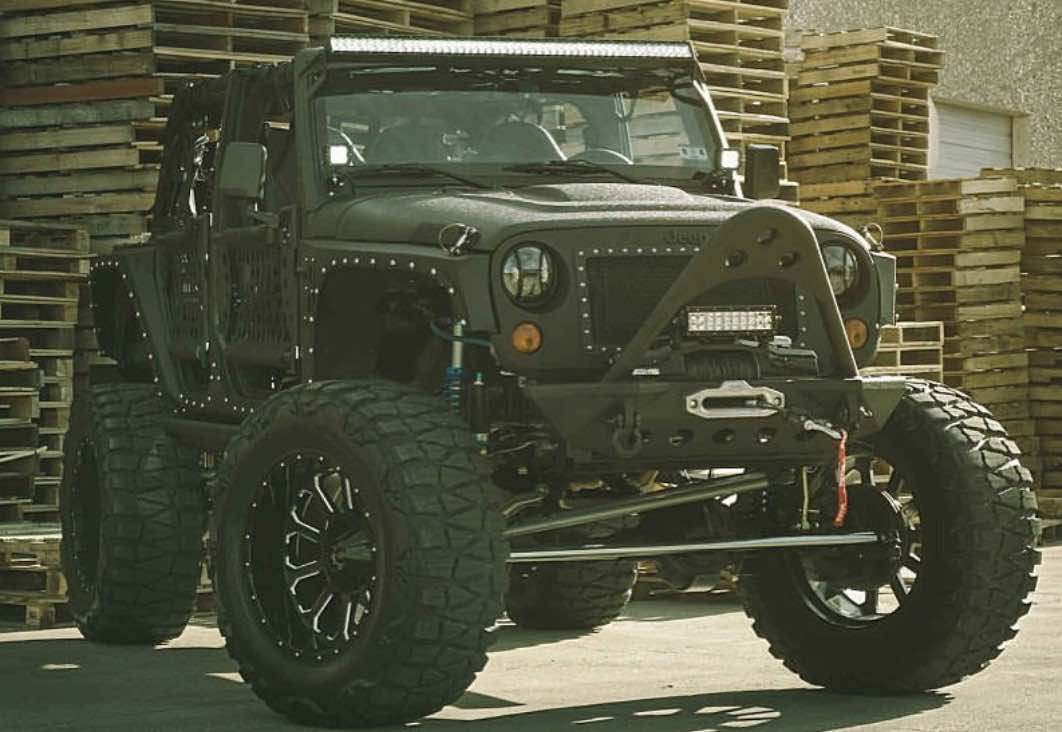 A lot of folks love having their trips with a Jeep ride and outgoing people are dazzled by Jeeps and the most alluring component is the customization choices. How about we examine some in vogue and helpful customization choices for your Jeep with best tires jeep wrangler

Lighting Bars give your jeep the rough terrain look that fits it. Light bars portray an aggressive look to the ride and have regularly turned out to be useful while driving off road especially during late nights.

Driving through rough terrain doesn't really imply that your jeep must be left with marks, scratches and a destroyed paintwork, you can stay away from this by including fender flares and rock sliders to your jeep for insurance. Notwithstanding when not on rough terrains, the ride still looks awesome with these embellishments and emanates a tough vibe.

The flexibility of customization is perpetual with decals. Decaling your Jeep needs some genuine conceptualizing to accomplish a one of a kind and sporty appearance, lesser the better. Fender stickers, windshield decals and hood decals are the most common kinds of decals.

The Signature Reserve Gas Can

A (20 liters metallic gas tank mounted on the back of a jeep is the trademark appearance you ought to try as well. A reinforcement fuel can, guarantees your safety in the event that you ever wind up stranded on an off-road terrain.

Each Jeep rider must understand the feeling of driving down highways cooling off on your jeep seat with your foot out on the peg feeling the breeze, doors off and your tops down. Indeed, pegs are not only to rest your foot they likewise secure your jeeps body.

Jeep Wranglers are known for the customization alternatives they give and the most prominent component might be the removable tops. They can be taken off to appreciate the weather, the mesh tops for the cargo area and for passengers or the beautiful bikini tops for swimmers.

Wheel spacers are exceptionally critical for jeep customizations as wheels of the ride can represent the moment of truth and it is difficult to locate the appropriate wheels for your Jeep.

Lights of the jeep are exceptionally delicate when contrasted with whatever remains of the tough square-shaped body and are inclined to easily damage on little contact, particularly while driving around a rough terrain. Light guards are exceptionally popular and a not too bad approach to secure your lights. Light guards add a meaner aura to the jeep.

The gear knob handles an indispensable part in the customization of the inside. We trust the outline of a custom gear knob emphasizes on the identity of the owner. There are a lot of alternatives for this but the most spectacular choices are chrome gear knob, comfy and classy leather combine with conceptual workmanship crazy funky knobs.

You can come up with a special customization to your jeep for a one of a kind look with uniquely customized accessories, caps and fuel doors.

The cabin of the jeep easily gets muddled while driving through rough terrains and owners regularly search for jeep carpet options to protect the OEM carpet.

In case you're among the wanderers with a rage to alter your jeep's look suit your taste, then you should consider installing mounting covers and plates, d-rings, tow hooks and winches with custom jeep winch.

No comments to show.